Back to Team Members
« Previous | Next » 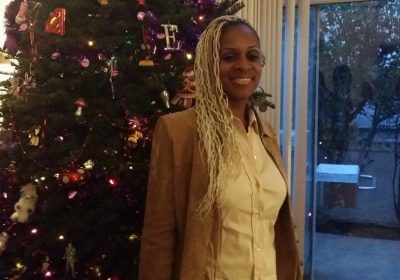 “To know how much there is to know is the beginning of learning to live.” – Dorothy West

Compton. Not Krypton, Vulcan or Metropolis, but Compton. Historically, this town has a more notable reputation for gangs, drugs, riots, gangsta rap and N.W.A. than for producing community heroes. For decades, society looked dismissively at it’s challenging streets as if to say, “nothing good could come from there.” Those same observers could certainly not imagine Compton would be a producer of “productive citizens” or “civic leaders”. We are happy to say they must not have looked hard enough.

Kymm Possible is a Board Director for Hero School Initiatives, the 501C3 non-profit arm using the Hero School® Character Change® Model and curricula to free individuals from homelessness, dependency and repeated history. Perhaps more importantly, her work with agencies, schools and for-purpose businesses is preventing future generations from experiencing the same.

A top graduate of the Hero School Multidimensional Leader Academy, Kymm Possible has been the heart and hands of the organization since 2011, assembling businesses, agencies and education heroes who together design, orchestrate and deliver solution-minded community initiatives, fast. We might add she has a superpower for helping remove nearly-impossible barriers to growth and success for struggling men, women and youth – sometimes single-handedly… and in a single bound!

“I grew up in a household where there was always someone living there.” – Kymm Buckner

Kymm’s mother was a great influence in preparing Kymm for her role at Hero School Initiatives. Like Kymm, her mother was “that mom” – the one opening her home to be the one safe haven where even neglected neighborhood children would find refuge from the streets and their influence.

After her mom’s passing in 1993, Kymm embarked on what would become a life-changing Hero’s Journey – for herself and for her four children. Living out her mother’s legacy – and in classic Joseph Campbell style – Kymm “departed” Compton to “fulfill” her unique calling in Las Vegas in 1999. It is here that her full initiation into heroic service began.

The youth and “older children” of Nevada needed a place, a place to come to, and a place be safe to grow up. Her house was it.

“The crowning fortune of a man is to be born to some pursuit which finds him employment and happiness, whether it be to make baskets, or broadswords, or canals, or statues, or songs.”
― Ralph Waldo Emerson

While completing her degree in fashion in 2011 – her passion, not her purpose – and while raising another child, Kymm participated in a community Hero School in Las Vegas and in doing so, found her new home. Upon entering the Hero School course, Kymm was reminded of a program she participated in during her last semester of high school, Upward Bound.

Hero School’s unique Human First approach, Character Change concepts and pragmatic lessons were founded in principles of faith, education and responsibility, which resonated deeply with Kymm. They echoed the lessons learned from her studies, her mother’s values, and from the countless struggling youth and adults she encountered growing up – particularly women – people who paid society’s high price for not knowing that their life leadership and success should be developed by teachers, coaches and experts instead through television, trials and takers.

Paying-it-forward immediately, Kymm would leave each new Hero School session on a mission. She called her sons, daughter, friends and relatives to her home every evening, reteaching each 0f them what she learned in class. They were so intrigued, all enrolled themselves.

And if this wasn’t enough to solidify Kymm’s role as an Action Heroine, she volunteered nearly full-time for the next year with the same energy and effort – while working a full-time job, finishing her degree and raising her 6-year-old (now a 10-year-old academic and track champion). When a donor came forward to provide a Community Liaison position, Kymm was the obvious choice. In just another year, Kymm earned her way to becoming the Chief of Operations for Hero School Initiatives, investing equal parts of her talents and heroics in maximizing community resources, developing current students and working to reach those still lost in communities across the country.

“I believe we all have a purpose, a calling, and there is nothing like walking in it.” – Kymm Possible Buckner

Kymm Possible is Hero School’s connection-maker and barrier-breaker, a real-world leader with the character necessary to teach, lead and motivate each and every student out of the valley of the shadow of death and into their own Promised Land.

For Partnerships and Keynotes:

Would you like Kymm Possible to help you or your organization save the day?